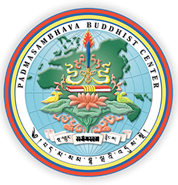 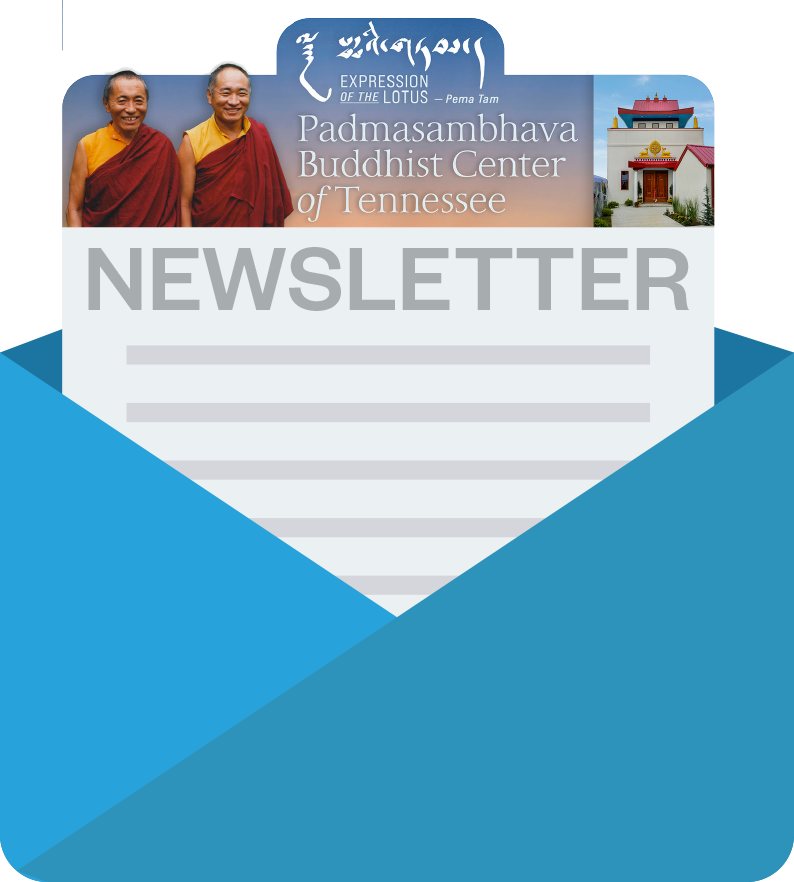 Join us by becoming a member!
About Buddhism

Buddhism is based on the teachings of Buddha Shakyamuni who became enlightened at the age of 35 over 2,500 years ago. Born as a prince and endowed with great physical and mental capacities, his family, hoping to nurture a future king, did all they could to pamper and protect him from observing the travails and suffering of the common person. However, once he saw the four examples of the suffering all humans experience, he was determined to find the way to freedom and enlightenment. And so, he left the kingdom at age 29 and wandered as an ascetic, studying with the greatest spiritual teachers of the time for some seven years. After coming to the realization that extreme austerities were not an effective means for realizing the truth, he embarked on the middle path, eventually making the determination to sit under the Bodhi tree in Bodghaya until reaching his full realization of enlightenment. At first Buddha was hesitant to teach what he had discovered, thinking that it was beyond what he could explain to ordinary people. However, after being requested to teach by Bhrama and Indra, he consented to teach his old wandering mendicant friends his first sermon on the Four Noble Truths in Sarnath, India. 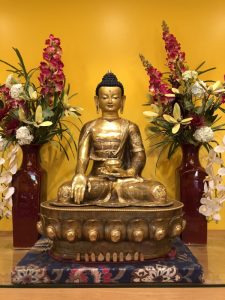 Buddha lived some fifty years after his full realization and gave innumerable teachings during his lifetime on many subjects and on many levels. Over the last 25 centuries, Buddhism has flourished in many Asian countries, adapting culturally to each country with many schools of thought developing throughout history. The core principles of Buddhism might be summarized in the following famous statement attributed to Buddha: “Engage in that which is virtuous, avoid that which is harmful, thoroughly purify and train your own mind, this is the teaching of the Buddha.” In other words; Be ethical at all times in word, thought, and deed, avoid behavior that is harmful to self and others, and finally, work towards completely training your own mind through study, contemplation, and meditation.

Buddhism in Tibet is thought to have started in the 6-7th century CE during the reign of King Songsten Gompo. It later flourished during the reign of King Trisong Deutsen, and after a number of centuries eventually evolved into the four main schools that exist today: Nyingma, Kagyu, Sakya, and Gelug. Tibetan Buddhist practice is based on Foundational Buddhism, but with an additional Mahayana and Vajrayana view that emphasizes great compassion, wisdom, and pursuing enlightenment through skillful means for the happiness and enlightenment of all beings. Tibet is also where the Vajrayana practices taught by the Buddha in India were developed to their fullest. Vajrayana or “Indestructible Vehicle” practices employ various techniques of mantra, visualization, and meditation that are considered, when employed correctly, to be some of the most effective means to advance one’s spiritual realization. Many remarkable individuals have appeared in Tibet over the centuries and some of the greatest of Buddhist 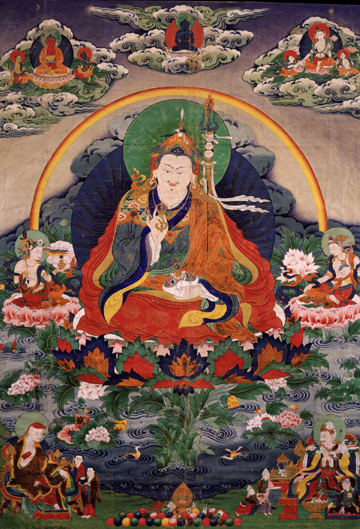 contemplatives and meditation masters have come from these traditions. Our own teachers are exemplary examples of this in modern times.

Padmasambhava, or Guru Rinpoche as he is known to Tibetan practitioners, is considered the “Second Buddha” and the founder of Buddhism in Tibet. Even though the teachings of Buddhism were already being practiced in Tibet, it is Guru Rinpoche who is credited with firmly establishing it there in the 7th and 8th centuries. Prophesized by Buddha Shakyamuni and already quite famous as a mystic and yogi in India, Guru Rinpoche came to Tibet at the request of Khenpo Shantarakshita and King Trisong Deutsen who ruled the country at time when Tibet was a great military power. Guru Rinpoche brought with him many teachings and lineages from India and is thought to have stayed in Tibet about 56 years. One of his most adept students was the princess Yeshe Tsogyal – the namesake of our PBC Nashville center – who transcribed many of his teachings and who, together with Guru Rinpoche, hid many of them to be discovered by future generations as terma. These are the beginnings of what has come to be known as the Nyingma school or the “Ancient Ones.” 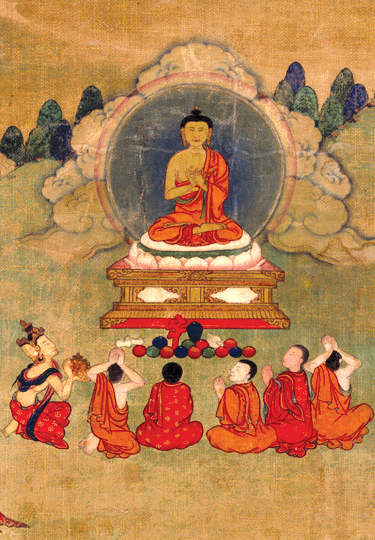 Over the last century, Buddhism in the U.S.A. has grown considerably. As immigrants from Asia began arriving in America so did Buddhism, with the first Buddhist temple appearing in San Francisco in the mid 1800’s. However, It was in the 1960’s that saw great growth and interest as the counter culture from America and Europe began to intersect with Asian cultures and in particular the exodus of the great Lamas from Tibet into India. Up until this point, Tibetan Buddhism was mostly monastic, very remote and secretive. Now in America it is widely practiced by lay practitioners and many of its teachings have been made available.

It is said that Buddha gave 84,000 teachings, or meditations for the 84,000 various propensities of individuals. While Tibetan Buddhism in America has gained in popularity, there has also been great interest in Zen Buddhism from Japan and Vietnam, Chan Buddhism from China, and Theravadan Buddhism from Burma, Thailand, and Sri Lanka. Each school has their own presentation, particular focus, and meditation practice so in this way, the richness and beauty of Buddha’s teaching really has something for everyone.